ARC owner and forester Steve Auten has managed forestland, chaparral, grassland, and riparian habitats on agricultural operations and large landownerships for over 22 years in the Santa Cruz Mountains. Mr. Auten is a Registered Professional Forester of 19 years with a master's degree in Forestry, focusing on wildfire tree mortality. He also holds a Bachelor of Science in Forestry with a concentration in Wildlife. Both degrees are from Cal Poly, San Luis Obispo.

Upon graduation, Mr. Auten worked as a forester for Big Creek Lumber Company for 5 years and then worked as a forester and operations manager for Cal Poly Swanton Pacific Ranch for 14 years. Mr. Auten opened ARC’s doors on August 5th, 2019 with the intent of making a difference in forestry, fuels, and resource management in the Santa Cruz Mountains.

ARC Senior Forester, Registered Professional Forester #2591. Born in Southern California, David began a path towards forestry from a love of the outdoors, cultivated by Scouting, and family camping trips. He attended Humboldt State University, graduating in 1992 with a Bachelor of Science in Forestry. Mr. Van Lennep has been managing timberlands, both large and small, primarily in Santa Cruz, Santa Clara, and San Mateo counties since 1993. Beginning in 1995, he has been responsible for managing a portfolio of private lands. Key management goals were to increase productivity and growth, schedule and manage harvest entries and permitting, oversee maintenance and provide input and objectives for planning and budgets on short- and long-term horizons.

He began his forestry career working seasonal job appointments on Public Lands, first for the Bureau of Land Management in Northern California, then with the U.S. Forest Service in Southern California (1988-1993). In 1993, he moved to the Santa Cruz area and began work in the forest with a local Forestry Consultant. In 1995, David took a position with Redwood Empire Sawmills where he was responsible for fieldwork and administration of Timber Harvest Plans, including tree planting operations. Later he was charged with log procurement and log transportation for company lands and private sales. His responsibilities steadily grew to include supervision of Southern Area operations, area employees, property value assessment, and regional liaison to several regulatory oversight bodies.

During this time Mr. Van Lennep has gained extensive experience with the resource management needs of small and large landowners, and how to successfully translate landowner goals on the landscape. Key skills for success have been the ability to work with contractors on complex projects and building trust with stakeholders and public trust agencies by producing consistent high-quality project outcomes.

Mr. Van Lennep has also given his time to important professional and community organizations. 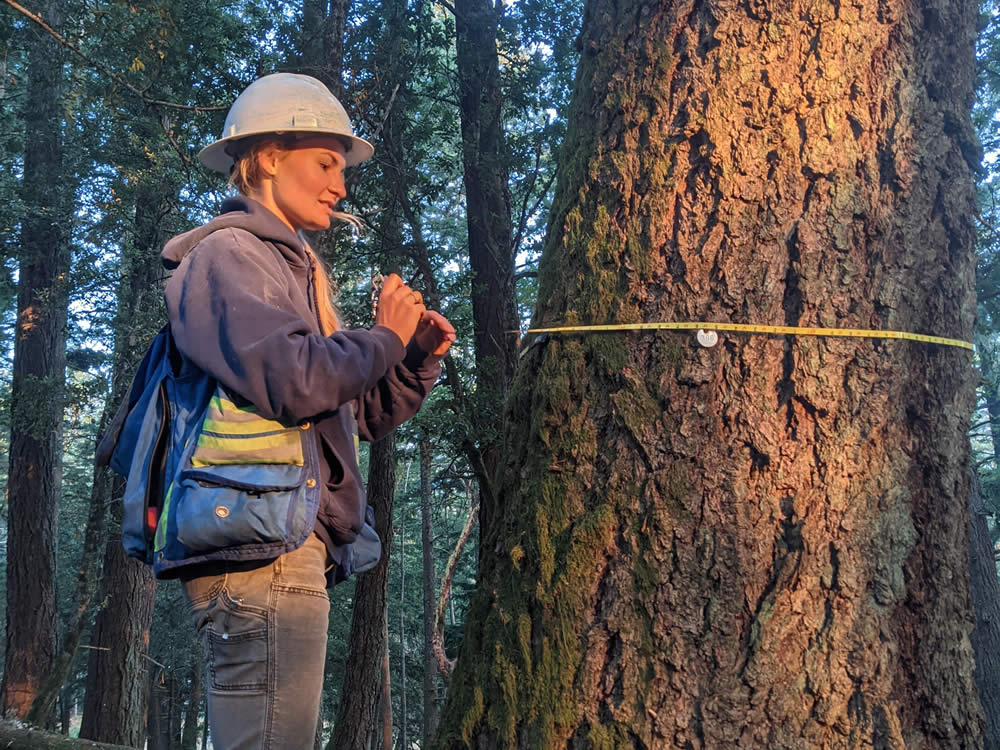 ARCAssistant Forester III, Shelby Kranich graduated from Cal Poly San Luis Obispo in 2019 with a Bachelor of Science in Forestry concentrating in Wildland Fire and Fuels Management. Ms. Kranich was born and raised in the Santa Cruz Mountains and spent several summers in college working on the steep forested terrain of the Santa Cruz Mountains conducting field work and planning for all aspects of forestry. Much of her college forestry experience consisted of collecting data for the assessment of tree mortality following the 2009 Lockheed Fire.

ARC Assistant Forester II, Mitchell “Riley” McFarland graduated from Cal Poly San Luis Obispo in 2019 with a Bachelor of Science in Forestry concentrating in Watershed Management and Hydrology. Mr. McFarland was raised near the Sierra Nevada Foothills in Northern California and grew up exploring forested environments along the American River. As a young adult, Mr. McFarland was first exposed to land stewardship through involvement in community agriculture NGOs and an interest in fisheries management. Upon completion of a vegetation mapping internship in Southeast Alaska and his B.S. degree, Mr. McFarland is now working in the coast redwood forests of the Santa Cruz Mountains.

ARC Assistant Forester I, Chloe Knowd, graduated from Cal Poly, San Luis Obispo in 2020 with a Bachelor of Science in Environmental Management and Protection and a minor in Biology. She grew up in eastern San Diego County, California where she discovered her passion for spending time in the mountains and at the ocean. Ms. Knowd spent several summers in college assisting with field biology work including construction compliance and Cal Poly research projects. Her interest in forest management piqued during her time spent learning and working at Cal Poly’s Swanton Pacific Ranch as a watershed intern. Post-graduation, Ms. Knowd homed in on her interest in forest management while performing layout and marking hazard trees as a Forestry Technician in the Lake Tahoe Basin. Following her time spent in the Sierras, Ms. Knowd was hired by the Cal Fire Soquel Demonstration State Forest as a Forestry Aide to perform fuels reduction handwork, layout, and data collection in the Santa Cruz Mountains. Ms. Knowd is glad to now work as a member of the ARC team and continue to be a part of forest health fuels reduction projects in the Santa Cruz Mountains.